English
×
You are here: Home » News » Encyclopedia » The History of Inflatables

The History of Inflatables

Inflatable equipment is also called inflatable bounce houses, jumping castle, bouncy castle, inflatable trampoline, moon walkway, space walk, party jumper, inflatable playground equipment, etc. With the passage of time, more and more inflatable amusement equipment have been developed in the industry, such as inflatable slides, inflatable obstacle courses, inflatable climbing walls, etc. If you are curious about who invented the inflatables and when the bounce house became popular, you can continue reading to understand the history of inflatables.

The History of Inflatable Bounce Houses

The bounce house or inflatable structure was originally designed by Louisiana mechanical engineer John Scurlock in 1959, when he saw some of his employees jump onto the inflatable cover of the tennis court. He is the pioneer of inflatable tents and domes. His greatest achievement is to design safety air cushions to catch people jumping from buildings or heights.

When he saw that his employees were happy, he was shocked by the interesting idea of an inflatable floor. His ideas quickly developed and he established a company called Space Walks in New Orleans. They introduced an air mattress called "Space Pillow" and quickly evolved into a bounce house structure. At the same time, some students in England used this concept to raise funds. The term "moonwalk" is used to describe these inflatable structures, because it makes people feel as if they are walking on the moon.

In the 1960s, the bounce house was somewhat large and tall. In 1968, Scullock's wife Frances founded the inflatable rental company, and eight years later, she built a custom factory to produce and rent products. They promoted spacewalks for children’s birthday parties, fairs, picnics and other activities. The only problem with these inflatable devices is that they do not have any fences that pose a security threat. In 1967, a pressurized inflatable roof and two fans were added. 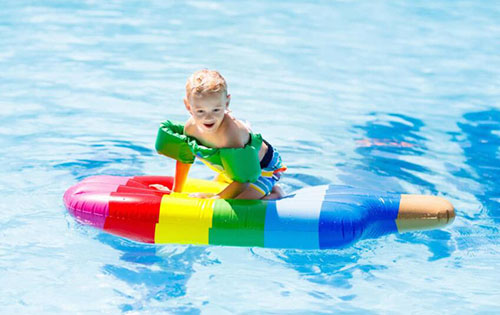 The History of Inflatable Water Slides

Soon, their son Frank Scurlock established a lease concept in various parts of the United States under the names of "Space Walk" and "Inflatable Zoo." On Thanksgiving Day in 1986, he came to an inflatable indoor amusement park called Fun Factory. A year later, he opened a second unit in Memphis, Tennessee, called Fun Plex.

In 1974, a new product called Jupiter Jump was launched. The inflatable column of this product is supported by a mesh wall so that air can pass through. Castles and animals gradually became known as "inflatable zoos."

In the early 90s, Frank came up with an inflatable water slide called Aqua Tunnel. The structure of the bounce house is made of PVC or vinyl and nylon, and an electric inflatable toy blower is used to inflate the structure.

Now inflatable toys have developed faster and faster, and many investors have begun to get involved in the industry. Our company is an enterprise that produces creative inflatable toys, inflatable sofas and inflatable sprinklers, we can provide you with professional products and services.